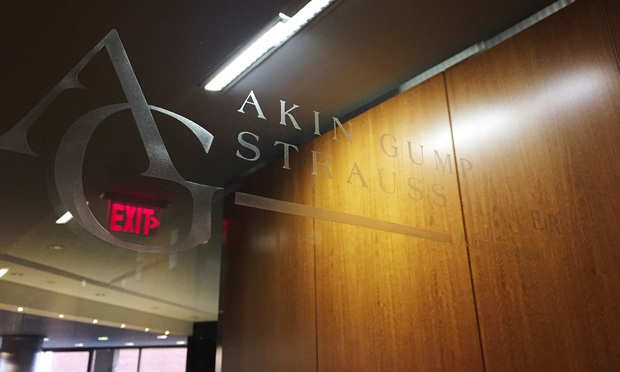 The corporate culture of a company starts at the top, with the board of directors, and directors should be attuned not only to the company’s business, but also to its people and values across the company. Ongoing and thoughtful efforts to understand the company’s culture and address any issues will help the board prepare for possible crises, reduce potential liability and facilitate appropriate responses internally and externally.

As advocates and studies continue to highlight the business case for diversity, public companies are facing increasing pressure from corporate governance groups, investors, regulators and other stakeholders to improve gender and other diversity on the board. As a recent McKinsey report highlights, many successful companies regard inclusion and diversity as a source of competitive advantage and, specifically, as a key enabler of growth.

A responsible board should anticipate the possibility that allegations of sexual harassment may arise against a C-suite or other senior executive. The board should set the right tone from the top to create a respectful culture at the company and have a plan in place before these incidents occur. In that way, the board is able to quickly and appropriately respond to any such allegations. Any such response plan should include conducting an investigation, proper communications with the affected parties and the implementation of any necessary remedial steps.

Corporate social responsibility (CSR) concerns remained a hot-button issue in 2018. Social issues were at the forefront this year, ranging from gun violence, to immigration reform, to human trafficking, to calls for greater accountability and action from the private sector on issues such as climate change. This reflects a trend that likely foretells continued and increased focus on environmental, social and governance issues, including from regulatory authorities.

Strategic planning should continue to be a high priority for boards in 2019, with a focus on the individual and combined impacts of the U.S. and global economies, geopolitical and regulatory uncertainties, and mergers and acquisitions activity on their industries and companies. Boards should consider maximizing synergies from recent acquisitions or reviewing their companies’ existing portfolios for potential divestitures.

During the second year of the Trump administration, U.S. sanctions expanded significantly to include new restrictions that target transactions with Iran, Russia and Venezuela. Additionally, the U.S. government has expanded its use of secondary sanctions to penalize non-U.S. companies that engage in proscribed activities involving sanctioned persons and countries. To avoid sanctions-related risks, boards should understand how these evolving rules apply to the business activities of their companies and management teams.

There has been an overall increase in activism campaigns in 2018 regarding both the number of companies targeted and the number of board seats won by these campaigns. This year has also seen an uptick in traditionally passive and institutional investors playing an active role in encouraging company engagement with activists, advocating for change themselves and formulating express policies for handling activist campaigns.

With threats of nation-states infiltrating supply chains, and landmark laws being passed, cybersecurity and privacy are critical aspects of director oversight. Directors must focus on internal controls to guard against cyber-threats (including accounting, cybersecurity and insider trading) and expand diligence of third-party suppliers. Integrating both privacy and security by design will be critical to minimizing ongoing risk of cybersecurity breaches and state and federal enforcement.

A year has passed since President Trump signed the Tax Cuts and Jobs Act (TCJA) into law, and there will be plenty of potential actions and new faces on the tax landscape in 2019. Both the Senate Finance Committee and the Ways and Means Committee will have new chairs, and Treasury regulations implementing the TCJA will be finalized. President Trump will continue to make middle-class tax cuts a priority heading into next year. Perennial issues, such as transportation, retirement savings and health care, will likely make an appearance, and legislation improving the tax reform bill could be on the table depending on the outcome of the Treasury regulations.

To encourage public security ownership, the Securities and Exchange Commission (SEC) has adopted and proposed significant revisions to update and simplify disclosure requirements for public companies. It has taken steps to enhance the board’s role in evaluating whether to include shareholder proposals in a company’s proxy statement. It has also solicited comments on the possible reform of proxy advisor regulation, following increasing and competing calls from corporations, investor advocates and congressional leaders to revise these regulations. Boards and companies should monitor developments in this area, as well as possible changes in congressional and administration emphasis following the 2018 midterm elections.

The 2018 midterm elections are officially over. Americans across the country cast their ballots for candidates for the House of Representatives and the Senate in what was widely perceived to be a referendum on President Trump’s first two years in office. With Democrats taking control of the House, and Republicans maintaining control of the Senate, a return to divided government will bring new challenges for effective governance. Compromise and bipartisanship will be tested by what is expected to be an aggressive oversight push from House Democrats. However, areas where there may be possible compromise include federal data privacy standards, infrastructure development, criminal justice reform and pharmaceutical drug pricing initiatives.