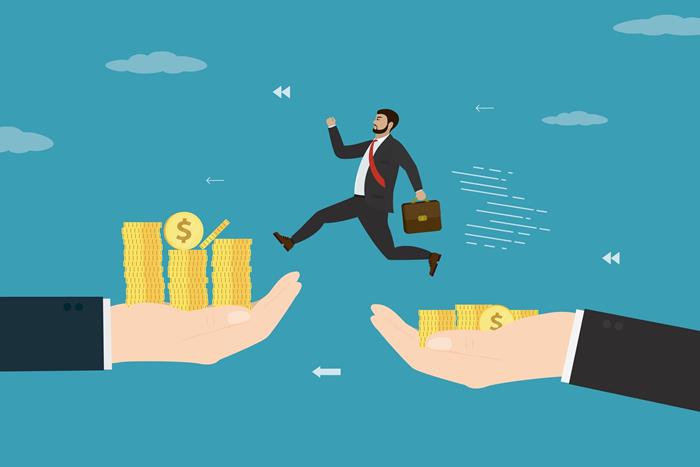 One of the earliest texts which discusses morality and commercial practice is the Tirukkural, a Tamil book dating back to the 5th century or even earlier. Modern philosophers, attempting to develop secular systems, have proposed Neo-Aristotelian and Neo-Kantian approaches.

Milton Friedman famously articulated the neoliberal perspective on business ethics when he wrote: ‘in a free-enterprise private-property system, a corporate executive is an employee of the owners of the business. He has a direct responsibility to his employers. That responsibility is to conduct the business in accordance with their desires, which generally will be to make as much money as possible’.

One of the most compelling frameworks for thinking about the moral obligations that private actors have towards each other in a market economy was articulated a few years ago by the Canadian philosopher Joseph Heath. The ‘Market Failures Approach’ to business ethics, as it is known, shows that a moral code can be developed from the basic idea that the fundamental obligation of managers is to ensure that markets operate efficiently.

Between 2000 and 2015, FTSE 100 CEO pay increased at an average rate of around 10% per year… recent reports suggest it is rising steeply again
‘Market failures’, such as monopolies, oligopolies and cartels, and ‘negative externalities’, such as pollution and climate change, become ethical issues. For any economists who are reading this, stated formally Heath’s argument is that, if general equilibrium theory is critical to maintaining an efficient economy, then it should be a normative ethical principle as well as a positive economic principle.

One of the issues which has exercised business ethicists in recent years is the marked inflation in senior executive pay. Between 2000 and 2015, FTSE 100 CEO pay increased at an average rate of around 10% per year, compared with a 3% increase in average household earnings, and while there was a pause during the Covid-19 pandemic, recent reports suggest it is rising steeply again.

The question of top pay has become one of the defining issues of our age, stated most clearly by Thomas Piketty in his book Capital in the Twenty-First Century. Is it fair that some top executives—people that Thomas Piketty describes as ‘super-managers’—appear to obtain a disproportionate share of income and wealth generated by companies?

I believe that ethical questions about senior executive pay are particularly susceptible to analysis using the market failures approach.

An efficient market requires many buyers and sellers, homogenous products or at least good substitutes, free market entry and exit, plentiful information, and little economic friction. The problem with the market for top executives is that practically none of these conditions hold good. The result is a market failure, so that super-manager earnings cannot in any sense be said to represent a market-clearing wage.

Because executive labour markets fail to provide effective price signals, the non-executive directors whose job is to determine the remuneration of top managers seek alternative ways of resolving the uncertainty which they face in deciding how to determine top pay.

To make matters worse, mimetic isomorphism leads to a tricky conundrum when it comes to top pay. I call this ‘the remuneration committee’s dilemma’.

To illustrate, think about the market for CEOs of large companies. Assume for a moment that all CEOs were to be paid broadly equal amounts, with only marginal variations in pay, justifiable by reference to job size, industry and specialist expertise. Also assume that in the available population of CEOs, 20% are superior to the others and would, if they worked for your company, increase the value of the firm by more than the average; 10% are inferior to the others and would, if you employed them, potentially reduce the firm’s value.

Thus offering higher salaries is the dominant strategy, even though by doing so, companies will generally be no better off than if they all paid more moderate salaries. On the other hand, it is better than risking being in the bottom 10%.

The table below the remuneration committee’s dilemma for a company ‘F’ competing in the CEO pay field with firms ‘G’, ‘H’, ‘I’, ‘J’ etc. 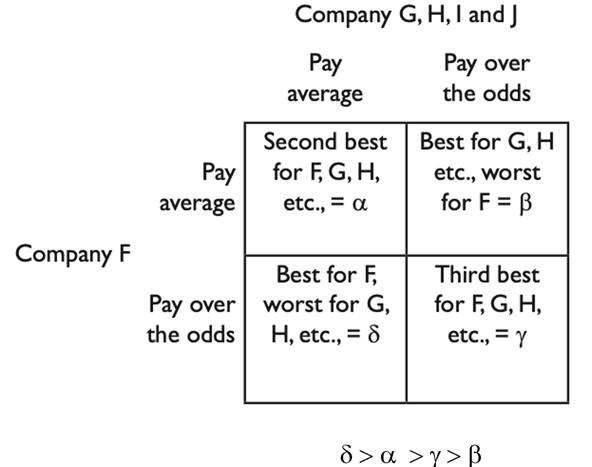 There is more to the market failure approach to executive pay, but not enough space to explain it here—an incentive to read my new book.

Senior executives are not, in the main, the self-interested ethical egoists of popular culture—some are, but most are not. Instead, they are the most fortunate beneficiaries of a market failure. Isomorphism and the remuneration committee’s dilemma have led to spiralling inflation in top pay.

From a public policy perspective, these dilemmas are not easy to solve through conventional means. It is why I believe that government, companies, investors and executives all need to recognise inflation in top pay for what it is—an important ethical problem.

When it comes to senior executive reward, for too long companies have behaved as if they are in the equivalent of an arms race. It is a broken system—an example of a significant market failure—and it needs to change if inflation in the pay of super-managers is to be brought under control.

*Alexander Pepper is Emeritus Professor of Management Practice at The London School of Economics and Political Science. His book on the ethics of high pay, ‘If You’re So Ethical, Why Are You So Highly Paid?’ has just been published by LSE Press.