A More Strategic Board 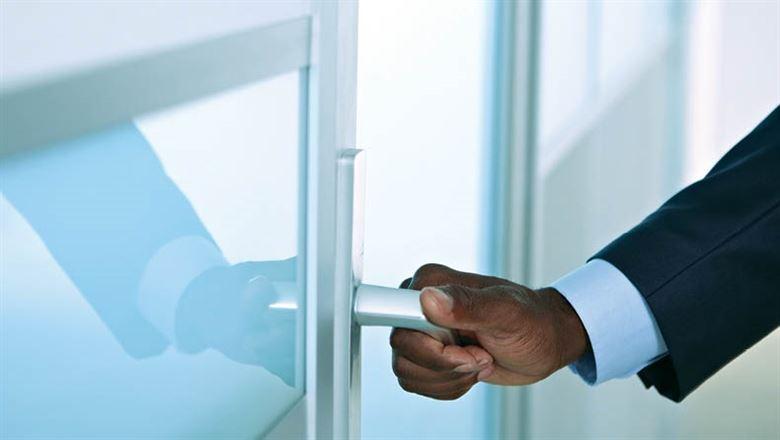 To be a CEO today is to have one of the most complex and demanding—not to mention visible—jobs in the world. Beyond the scope of their business, CEOs and the organizations they lead have increasingly significant and more transparent influence at multiple levels—societal, cultural, environmental, political—affecting vast numbers of stakeholders, including shareholders, employees, customers, and citizens. Meanwhile, the world around them is in constant motion.

Given the weight of responsibility that rests on their shoulders, it’s no wonder that CEOs, when observed from a distance, are often depicted in near-heroic terms. It’s also not surprising that CEOs, when engaged in more intimate conversations about their role, are often keenly interested in finding help to validate their models of the business environment and to develop their vision of the future.

But where can CEOs find the sounding board they need without falling short of the extraordinary abilities that people find reassuring to attribute to them? One possible answer lies in the recognition that CEOs also have bosses: the boards who hire them, evaluate them, set their pay, and sometimes fire them. In fact, as one CEO told us, “The board relationship is really the most critical factor in [a CEO’s] success.”

While there is no shortage of advice on how boards can improve their effectiveness as the corporate and management oversight entity, there is far less written on how CEOs and boards can work together to enhance their relationship for strategic benefit. We set out to address this by conducting more than 50 conversations with Fortune 1,000 CEOs, board chairs, directors, academics, and external board advisers to ask them to share their experience and perspectives. This article draws insights from what we heard.

For CEOs, the board of the future is strategic

The days of boards being a collection of the CEO’s best friends are behind us. Boards of integrity want far more than to be identified as aloof VIPs who meet from time to time to rubber-stamp management’s decisions. Even the notion that boards be actively engaged in overseeing the development and execution of corporate strategy is now being superseded by the expectation that they get actively involved in interpreting complex market dynamics and shaping a vision for the company’s future. Board chairs and other directors told us they want to contribute more value and use their full range of talents: “The trendline is unequivocal that directors want to be more involved in strategy and discussions at that [top] level.”

“CEOs are realizing that the board is a strategic asset. That’s the board of the future.”

CEOs seem to want that, too. Boards represent a unique wealth of strategic and leadership experience that CEOs should want to tap into. As one CEO shared, “When I took over [as CEO], it was clear to me that the executive team wanted as little interaction with the board as possible. I feel completely different about that. Getting the board engaged is going to pay off down the road.”

A key challenge for CEOs is how. Consider that the typical board is composed of prominent, successful individuals, accustomed to having significant influence and to having people ready to assist them when needed. Further, being a board member is not a full-time role, and board members likely have multiple other commitments that constrain the amount of time and energy they can spend on board activities, which might make it difficult for the CEO to attract the board’s focused attention.

How can CEOs engage the board in becoming a “strategic asset” under such challenging circumstances? Here are seven pieces of advice drawn from our research.

Among the developments followers of business ethics may have thought they’d never see, the end of the shareholder value myth has to rank very high.

Yet one of America’s leading business lobbying groups just buried the myth. “We share a fundamental commitment to all of our stakeholders,” reads a statement issued Monday by the Business Roundtable and signed by 181 CEOs. (Emphasis in the original.)

The statement mentions, in order, customers, employees, suppliers, communities and — dead last — shareholders. The corporate commitment to all these stakeholders may be largely rhetorical at the moment, but it’s hard to overstate what a reversal the statement represents from the business community’s preexisting viewpoint.

Stakeholders are pushing companies to wade into sensitive social and political issues — especially as they see governments failing to do so effectively.

Since the 1970s, the prevailing ethos of corporate management has been that a company’s prime responsibility — effectively, its only responsibility — is to serve its shareholders. Benefits for those other stakeholders follow, but they’re not the prime concern.

In the Business Roundtable’s view, the paramount duty of management and of boards of directors is to the corporation’s stockholders; the interests of other stakeholders are relevant as a derivative of the duty to stockholders,” the organization declared in 1997.

Stakeholder Governance and the Fiduciary Duties of Directors

There has recently been much debate and some confusion about a bedrock principle of corporate law—namely, the essence of the board’s fiduciary duty, and particularly the extent to which the board can or should or must consider the interests of other stakeholders besides shareholders.

For several decades, there has been a prevailing assumption among many CEOs, directors, scholars, investors, asset managers and others that the sole purpose of corporations is to maximize value for shareholders and, accordingly, that corporate decision-makers should be very closely tethered to the views and preferences of shareholders. This has created an opportunity for corporate raiders, activist hedge funds and others with short-termist agendas, who do not hesitate to assert their preferences and are often the most vocal of shareholder constituents. And, even outside the context of shareholder activism, the relentless pressure to produce shareholder value has all too often tipped the scales in favor of near-term stock price gains at the expense of long-term sustainability.

In recent years, however, there has been a growing sense of urgency around issues such as economic inequality, climate change and socioeconomic upheaval as human capital has been displaced by technological disruption. As long-term investors and the asset managers who represent them have sought to embrace ESG principles and their role as stewards of corporations in pursuit of long-term value, notions of shareholder primacy are being challenged. Thus, earlier this week, the Business Roundtable announced its commitment to stakeholder corporate governance, and outside the U.S., legislative reforms in the U.K. and Europe have expressly incorporated consideration of other stakeholder interests in the fiduciary duty framework. The Council of Institutional Investors and others, however, have challenged the wisdom and legality of stakeholder corporate governance.

To be clear, Delaware law does not enshrine a principle of shareholder primacy or preclude a board of directors from considering the interests of other stakeholders. Nor does the law of any other state. Although much attention has been given to the Revlon doctrine, which suggests that the board must attempt to achieve the highest value reasonably available to shareholders, that doctrine is narrowly limited to situations where the board has determined to sell control of the company and either all or a preponderant percentage of the consideration being paid is cash or the transaction will result in a controlling shareholder. Indeed, theRevlon doctrine has played an outsized role in fiduciary duty jurisprudence not because it articulates the ultimate nature and objective of the board’s fiduciary duty, but rather because most fiduciary duty litigation arises in the context of mergers or other extraordinary transactions where heightened standards of judicial review are applicable. In addition, Revlon’s emphasis on maximizing short-term shareholder value has served as a convenient touchstone for advocates of shareholder primacy and has accordingly been used as a talking point to shape assumptions about fiduciary duties even outside the sale-of-control context, a result that was not intended. Around the same time that Revlon was decided, the Delaware Supreme Court also decided the Unocal and Household cases, which affirmed the board’s ability to consider all stakeholders in using a poison pill to defend against a takeover—clearly confining Revlonto sale-of-control situations.

The fiduciary duty of the board is to promote the value of the corporation. In fulfilling that duty, directors must exercise their business judgment in considering and reconciling the interests of various stakeholders—including shareholders, employees, customers, suppliers, the environment and communities—and the attendant risks and opportunities for the corporation.

Indeed, the board’s ability to consider other stakeholder interests is not only uncontroversial—it is a matter of basic common sense and a fundamental component of both risk management and strategic planning. Corporations today must navigate a host of challenges to compete and succeed in a rapidly changing environment—for example, as climate change increases weather-related risks to production facilities or real property investments, or as employee training becomes critical to navigate rapidly evolving technology platforms. A board and management team that is myopically focused on stock price and other discernible benchmarks of shareholder value, without also taking a broader, more holistic view of the corporation and its longer-term strategy, sustainability and risk profile, is doing a disservice not only to employees, customers and other impacted stakeholders but also to shareholders and the corporation as a whole.

The board’s role in performing this balancing function is a central premise of the corporate structure. The board is empowered to serve as the arbiter of competing considerations, whereas shareholders have relatively limited voting rights and, in many instances, it is up to the board to decide whether a matter should be submitted for shareholder approval (for example, charter amendments and merger agreements). Moreover, in performing this balancing function, the board is protected by the business judgment rule and will not be second-guessed for embracing ESG principles or other stakeholder interests in order to enhance the long-term value of the corporation. Nor is there any debate about whether the board has the legal authority to reject an activist’s demand for short-term financial engineering on the grounds that the board, in its business judgment, has determined to pursue a strategy to create sustainable long-term value.

And yet even if, as a doctrinal matter, shareholder primacy does not define the contours of the board’s fiduciary duties so as to preclude consideration of other stakeholders, the practical reality is that the board’s ability to embrace ESG principles and sustainable investment strategies depends on the support of long-term investors and asset managers. Shareholders are the only corporate stakeholders who have the right to elect directors, and in contrast to courts, they do not decline to second-guess the business judgment of boards. Furthermore, a number of changes over the last several decades—including the remarkable consolidation of economic and voting power among a relatively small number of asset managers, as well as legal and “best practice” reforms—have strengthened the ability of shareholders to influence corporate decision-making.

To this end, we have proposed The New Paradigm, which conceives of corporate governance as a partnership among corporations, shareholders and other stakeholders to resist short-termism and embrace ESG principles in order to create sustainable, long-term value. See our paper, It’s Time to Adopt The New Paradigm.

Martin Lipton * is a founding partner of Wachtell, Lipton, Rosen & Katz, specializing in mergers and acquisitions and matters affecting corporate policy and strategy; Karessa L. Cain is a partner; and Kathleen C. Iannone is an associate. This post is based on their Wachtell Lipton publication.