Investors to Directors, ‘Can We Talk?’

What if lawmakers never spoke to their constituents?

Oddly enough, that’s exactly how corporate America operates. Shareholders vote for directors, but the directors rarely, if ever, communicate with them.

Within the clubby world of directors, communicating with shareholders, big or small, is overtly frowned upon: “We endorse the principle that direct engagement involving directors should not be a routine method of engagement for most U.S. companies and for most investors,” according to the Conference Board Governance Center Task Force on Corporate/Investor Engagement.

That’s why it was so unusual for the chairmen of at least 1,000 large United States public companies to receive a letter this month from a group of shareholders representing more than $10 trillion in assets with a demand: Talk to us. The letter, signed by representatives of some of the biggest investment groups, including BlackRock, Vanguard and Calstrs, insisted that boards open up.

“Engagement between public company directors and their company’s shareholders is an idea whose time has come,” wrote the group, known as the Shareholder-Director Exchange. “We believe that U.S. public companies, in consultation with management, should consider formally adopting a policy providing for shareholder-director engagement.” 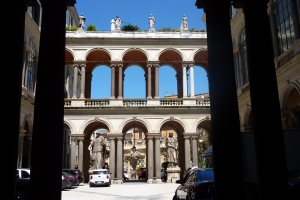 What was uncommon about the letter was that it came not from activist investors like Carl C. Icahn or William A. Ackman, but from institutional investors that until recently had traditionally always supported whatever a company’s board recommended. Now, those investors want a dialogue.

The reason boards have long shunned speaking with investors is multifaceted. Management — the chief executive, chief financial officer and so on — usually have meetings with the company’s biggest shareholders. Some directors avoid meetings. worried about speaking with one voice. Most don’t consider it their responsibility. Some are anxious about accidentally disclosing sensitive information. A memo to directors on this topic from the law firm Latham & Watkins was explicitly titled “Dangerous Talk?”

Some chief executives are insecure and don’t want shareholders to get too close to their boards for fear they will have undue influence. After all, most directors rely directly on management and their presentations to understand what’s going on inside the company and what shareholders think.

And then there is this: “Many top executives seem to think that board members cannot be trusted with such interactions,” according to Harvard Business Review. “Yet if directors cannot be trusted to meet with and listen to shareholders, how can they be expected to competently govern a corporation?”