Perhaps the first important lesson from behavioural ethics is to forget the idea that human beings are perfectly rational. In reality, people do not always make consistent decisions, based on strict logic or narrow self-interest. Human behaviour is complex and emotions and intuition have a significant role to play in individual decision-making.

Business ethics: Why do good people do bad things?

The UK’s revised governance code will require boards to keep a watchful eye on their corporate cultures. To this end, understanding behavioural ethics can help instil the right values in employees.

There is no escaping the current increasing pressure for boards to have this question on their agenda, as the draft new UK Corporate Governance Code contains a provision requiring directors to monitor and assess their corporate culture to satisfy themselves that behaviour throughout the business is in line with the company’s values.

Perhaps the first important lesson from behavioural ethics is to forget the idea that human beings are perfectly rational.

What can be done to ensure that employee behaviour is in line with ethical values? Ethics programmes, which include the development of a code of ethics, training and communication campaigns can go some way, but even the best-intentioned ethics programmes will fail if they don’t take into account behavioural ethics—the biases that can blind us to unethical behaviour, whether ours or that of others.

“I was only following orders” is a classic indicator of this kind of ethical blindness. Expectations of a role can translate into pressure to compromise one’s ethical standards.

Many organisations make explicit in their code of ethics that all employees, and managers in particular, have the responsibility to be a role model for ethics in the organisation. It is important that this message is also reinforced through the communications strategy and through training for managers.

Ethics needs to become part of the reward, recognition and promotion system

Availability bias means that people tend to overestimate the likelihood of something happening because a similar event has either happened recently or because they feel emotional about a previous similar event. If employees remember that someone was promoted or rewarded for commercial results, which were achieved by unethical means, they will think that this is the norm—even if it was just a one-off event.

On the other hand, recognising and rewarding those who live up to the organisation’s ethical values, or communicating positive stories internally, can be a quick and effective way to send employees the message that ethics is important in the organisation.

A group of seminary students were asked to prepare a talk on the Good Samaritan at two adjacent buildings. In between talks, the researchers told participants that they should hurry, varying the amount of urgency between students. An actor was situated in an alleyway between the two buildings, posing as a sick man.

The results showed that time pressure had a significant impact on the students’ willingness to stop and help the sick man: in low-hurry situations, 63% helped; medium hurry, 45%; and high hurry only 10%. This was even when, ironically, they were on their way to prepare a talk on the Good Samaritan.

The framing effect is a cognitive bias where individuals respond differently to the same problem depending on how it is presented. Communications manipulate perception and how a situation is interpreted or framed, making it easier for employees to rationalise their behaviour. The use of aggressive language—such as “at war with competitors”—promotes rigid framing which can, in turn, drive ethical blindness.

On the other hand, using positive language can be a driver of change—changing a whistleblowing line to a “Speak Up” line can have a significant effect on call volume.

In some circumstances, “nudging” ethics can be more effective than enforcing compliance

Nudge Theory (developed by the 2017 Nobel laureate Richard Thaler) suggests that positive reinforcement and indirect suggestions can be more effective in encouraging desired behaviour than direct instructions, legislation and enforcement.

This concept has seen many applications, especially in marketing, and it can also be used to promote an ethical culture. An approach that focuses on ethics—by communicating ethical values, explaining how and why an organisation does its business, encouraging individual judgement based on ethical values—is at least as important as having clear rules of conduct which employees must follow, and the related sanctions.

Individual responsibility for values and associated behaviours needs to be encouraged

Following the atrocities of World War II, one of the most researched behaviour patterns has been the willingness of people to put aside their own moral standards and give up responsibility for their actions if they are following the instructions of a person in a position of authority.

To prevent this kind of blind obedience, it is important that companies encourage employees to apply critical thinking and learn how to take initiative, rather than just follow orders. 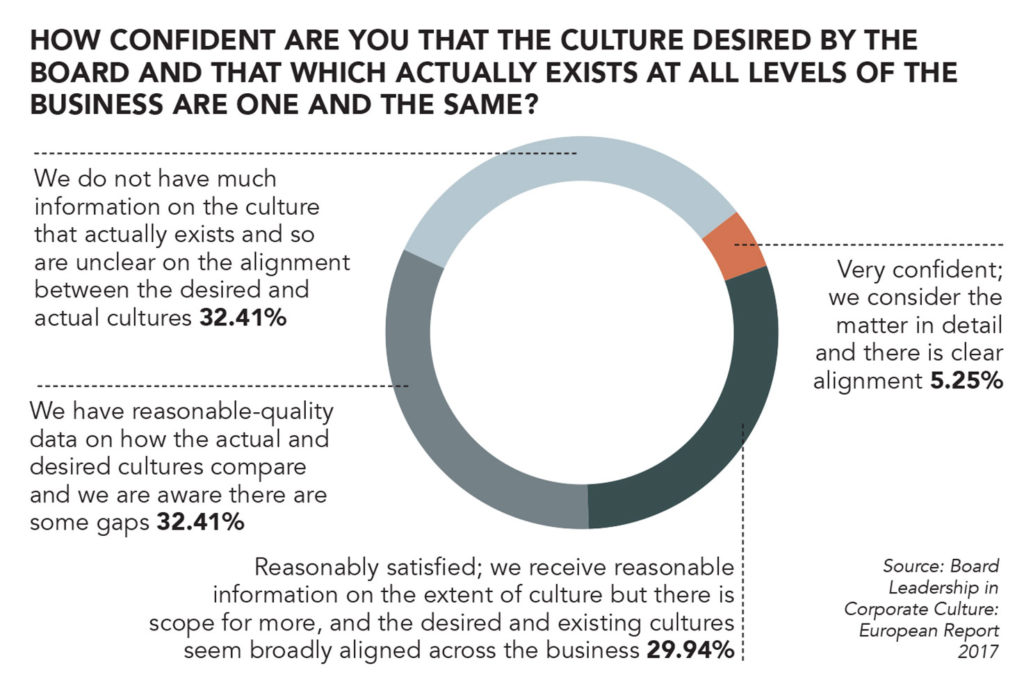 Perhaps the most well known of these studies was by Stanley Milgram, whose electric-shock experiment showed that people are likely to follow orders given by authority figures (e.g. managers, teachers, police officers) even if it means inflicting harm on another human being.

To prevent this kind of blind obedience, it is important that companies encourage employees to apply critical thinking and learn how to take initiative, rather than just follow orders. Promoting an open culture where employees feel empowered to challenge decisions, even when they have been instructed by a superior, is paramount.

The phrase “everybody’s doing it” is a red flag which signifies that there may be an ethical problem. Social pressure from a majority group can cause a person to conform to a certain behaviour, and there is plenty of research to back this up, most recently from behavioural economists like Francesca Gino and Dan Ariely.

To avoid this ethical risk, training staff on ethical matters is important to create a shared systems of beliefs and to keep these issues prominent in people’s minds when they face a difficult decision.

Leadership engagement and the right “tone at the top” are also crucial. We naturally follow our leaders, and employees will be more likely to behave unethically if they perceive that their senior leaders and managers fail to “walk the talk”.

Doing the right thing needs to become our instinctive reaction

Daniel Kahneman, professor of psychology at Princeton University, proposes that most human decision-making is done intuitively and subconsciously (“System 1”) before the cognitive part of the brain engages (“System 2”).

Embedding ethical values into everything the organisation does can help them become an automatic part of an employee’s System 1. Corporate culture—“the way things are done around here”—is a powerful influence upon our corporate subconscious.

Sometimes a company’s culture can actually be working against its ethical values. Looking at which behaviours are rewarded, considering how messages are framed, and setting an example at the top are all examples of how ethics can achieve saliency in an organisation.

So perhaps the question should be: Why do good people do good things? And how can we support and empower them to consider the ethical implications of their decisions?

Guendalina Dondè* is a senior researcher at the Institute of Business Ethics.