Nearly two years into the Trump presidency, extensive deregulation is raising risks for investors. Several of the administration’s priorities are endangering financial markets by reducing corporate accountability and transparency. SEC enforcement actions under the Administration continue to lag previous years. The Trump administration has also instructed the SEC to study reducing companies’ reporting obligations to investors, including by abandoning a hallmark of corporate disclosure: the quarterly earnings report. Meanwhile, President Trump and Congress have passed new legislation loosening regulations on the same banks that played a central role in the Great Recession. It is important for institutional investors to stay abreast of these emerging developments as they contemplate the risk of their investments amid stark changes in the regulatory landscape ».

In Corporations We Trust: Ongoing Deregulation and Government Protections 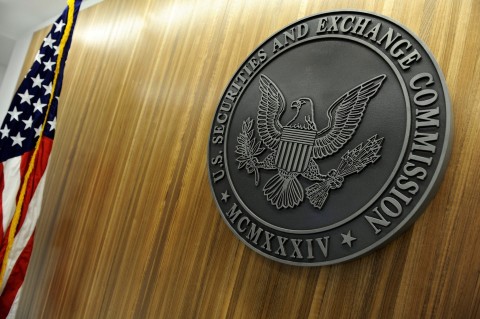 The number of SEC actions against public companies is plummeting

The most recently released data confirms the SEC’s retreat from enforcement. On November 2, 2018, the SEC released its fiscal year 2018 Annual Report: Division of Enforcement, which shows that the SEC’s enforcement efforts and results during the first 20 months under the Trump administration pale in comparison to those of the same period under the Obama administration, with the SEC (1) charging far fewer high-profile defendants, including less than half as many banks and approximately 40 percent fewer public companies; (2) shifting its focus from complex, market-manipulation cases involving large numbers of investors, to simpler, less time-intensive cases involving fewer investors, such as actions against investment advisors accused of lying and stealing; (3) recovering nearly $1 billion less; and (4) returning approximately 62 percent less to investors ($1.7 billion compared to $5 billion).

The enforcement numbers with regard to public companies are consistent with Chairman Jay Clayton’s stated intention to change the SEC’s focus away from enforcement actions against large companies that commit fraud. During his first speech as SEC Chairman, Clayton expressly rejected the enforcement philosophy of former SEC Chair Mary Jo White, who had pushed the SEC to be “aggressive and creative” in pursuing penalties against all wrongdoers to ensure that the SEC would “have a presence everywhere and be perceived to be everywhere.” Clayton stated that “the SEC cannot be everywhere” and that “increased disclosure and other burdens” on public companies “are, in two words, not good.” Rather than utilizing SEC enforcement powers to protect investors and deter fraud, Clayton’s priority is to provide information to investors so they can protect themselves. As Clayton explained, his “short but important message” for investors is that “the best way to protect yourself is to check out who you are dealing with, and the SEC wants to make that easier.” This comment comes dangerously close to “caveat emptor.”

A recent appointee to the SEC under President Trump, Commissioner Hester M. Peirce, is also an advocate for limiting enforcement. Peirce views civil penalties against corporations not as an effective regulatory tool, but rather as an “area of concern” that justifies her vetoing enforcement actions. Commissioner Peirce has also publicly admitted (perhaps touted) that the current SEC is not inclined to bring any cases that involve novel issues that might “push the bounds of authority,” such as those involving “overly broad interpretations of ‘security’ or extraterritorial impositions of the law.” Far from focusing on the interests of investors whose capital literally keeps our markets at the forefront of the global economy, Peirce has expressed concern for the “psychological toll” that an SEC investigation can take on suspected perpetrators of fraud.

Given the SEC’s stark departure from its previous stance in favor of pursuing enforcement actions to protect investors, investors should take extra measures to stay informed about the companies in which they are invested. Investors should also demand increased transparency in corporate reporting, and evaluate their rights in the face of suspected fraud.

For generations, investors in the US stock markets have relied on quarterly reports to apprise them of companies’ financial condition, recent developments, and business prospects. Such quarterly reports have been required by the SEC since 1970, and are now widely considered part of the bedrock of corporate transparency to investors. Even before 1970, more than half of the companies listed on the New York Stock Exchange voluntarily issued quarterly reports.

Consistent with a focus on protecting companies, some of whom may well violate SEC rules and regulations, at the expense of the investing public, in August 2018, President Trump instructed the SEC to study whether eliminating quarterly reporting requirements will “allow greater flexibility and save money” and “make business (jobs) even better.” President Trump stated that he based his instruction on advice from “some of the world’s top business leaders,” but provided no evidence of that assertion.

While eliminating quarterly reporting would certainly “allow greater flexibility” for corporations doing the reporting, investors would suffer from the resulting lack of transparency. Unsurprisingly, some of the world’s most prominent financial leaders, including Warren Buffett and Jamie Dimon, have criticized the suggested elimination of quarterly reporting. Buffett and Dimon have explained that such reporting is necessary for corporate transparency and “an essential aspect of US public markets.” This makes sense for numerous reasons, including that without quarterly reports, significant corporate events that took place in between reporting periods could go unreported. Notably, Buffett and Dimon acknowledge that quarterly earnings guidance can over-emphasize short-term profits at the expense of long-term focus and growth. Yet they still favor the transparency and accountability offered by quarterly reporting over a world in which companies can effectively “go dark” for extended periods of time.

It is unclear how quickly the SEC may move to review President Trump’s suggested elimination of quarterly reporting. In October 2018, SEC Chairman Clayton explained that quarterly reporting will remain in effect. But days later, the SEC announced that it may, in fact, draft a notice for public feedback on the proposed change.

Meanwhile, Congress is moving forward with legislation that could lead to the elimination of quarterly reporting. In July 2018, the House of Representatives passed the JOBS and Investor Confidence Act of 2018 (aka “JOBS Act 3.0”). If enacted into law, the Act would require that the SEC provide to Congress a cost-benefit analysis of quarterly reporting requirements, as well as recommendations of ways to decrease corporate reporting costs. The harm to investors from decreased reporting is not necessarily a focus of Congress’s request. The Senate is expected to consider the JOBS 3.0 in the near term.

The Dodd-Frank Wall Street Reform and Consumer Protection Act (Dodd-Frank) is the landmark legislation passed in response to the high-risk, predatory and fraudulent banking practices that led to the Great Recession, and which has as a primary focus on increasing regulation of the financial services industry. President Trump, however, has referred to Dodd-Frank as a “disaster” that has prevented many “friends of [his], with nice businesses” from borrowing money. President Trump made promises on the campaign trail that he would “kill” Dodd-Frank and repeated the same vow early in his presidency, stating that he would “do a big number on” Dodd-Frank.

For example, the Crapo Bill raises from $50 to $250 billion the threshold at which a bank is considered a systemically important financial institution (SIFI)—the point at which the Federal Reserve’s heightened prudential standards become mandatory (e.g., mandatory stress tests that measure a bank’s ability to withstand a financial downturn). At the time Dodd-Frank was enacted, approximately 40 banks were considered SIFIs. Only 12 banks would now meet that standard. Moreover, proponents of the bill refer to the $250 billion threshold as an “arbitrary” benchmark to assess a bank’s systemic risk, arguing that over sight should be lessened even for banks with more than $250 billion. In short, the Crapo Bill essentially opens the door for the same type of high-risk, predatory and fraudulent banking practices that led to the financial crisis and threatens the stability and prominence of the United States’ financial markets.

A new direction at the Office of the Comptroller of the Currency (OCC) similarly invites banks to increase their leverage and thus threatens the stability of the financial system. OCC head Joseph Otting, a former CEO of OneWest Bank, recently instructed financial institutions that they should not feel bound by OCC leverage regulations, encouraging them to “do what you want as long as it does not impair safety and soundness. It’s not our position to challenge that.” Far from “challenging” the financial entities that the OCC is tasked with regulating, Otting instead has told bankers that they are the OCC’s “customers” and the Trump administration is “very banker-supportive.”

Institutional investors are the last line of defense

Congress and federal regulators have taken significant steps to change the regulatory landscape, and new efforts are underway to weaken well-established norms from SEC enforcement to quarterly reporting requirements. The core philosophy of those running the SEC and other critical regulators seems to abandon historic concern for investors in favor of a view that government should exist to protect and benefit corporations (whether or not they comply with the law). The institutional investor community should continue to speak out in favor of corporate transparency and help ensure the continued health and prominence of the United States’ financial