Shareholder Activism in 2020: New Risks and Opportunities for Boards 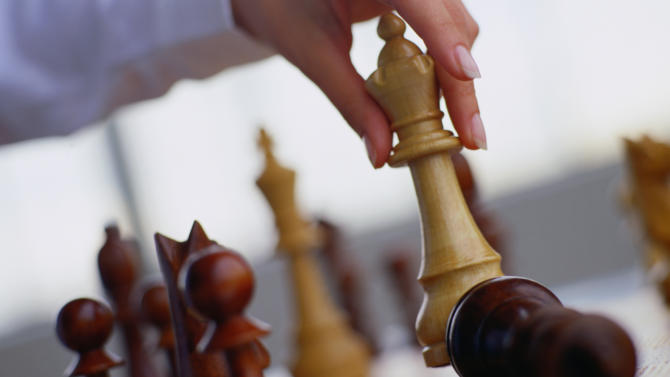 The era of stakeholder governance and corporations with a purpose beyond profits is taking hold, with corporate directors expected to answer to more constituencies and shoulder a greater burden than ever before. At the same time, investors—both in the US and abroad—continue to expect corporations to deliver superior financial performance over both the short and long term.

This convergence of purpose and performance will not only shape discussions in the boardroom, but also the complexion of shareholder activism. As the nature of the activist threat has evolved it has created additional obstacles for directors to navigate. But at the same time, this environment has created additional opportunities for boards to level the activist playing field and lead investors and other stakeholders into this new era.

Today, shareholder activists and governance gadflies are not the only constituencies using the corporate machinery to advocate for change. Social activists and institutional investors are increasingly joining forces and borrowing tactics from the shareholder activist playbook, particularly as they push for ESG reforms. For example, in 2019, prominent pension funds, asset managers and other charitable organizations sent a joint letter to all Fortune 500 companies calling for greater disclosure of mid-level worker pay practices. In addition, the Interfaith Center for Corporate Responsibility—on behalf of over 100 investors—spearheaded the submission of more than 10 shareholder proposals focusing on environmental and labor issues for the annual meeting of a single corporation.

We expect this type of stakeholder activism—or the convergence of shareholder activism and social activism—to continue and eventually move beyond the ESG realm. Although this marks yet another trend that boards must be prepared to face, it also offers directors an opportunity to embrace stakeholder interests other than EPS accretion or margin expansion to support the company’s governance profile and long-term strategic plan. To be sure, financial performance of the corporation over the long term, which benefits all stakeholders, will remain paramount, but focusing on the merits of the strategic plan for all stakeholders should help the board ensure management has sufficient runway to implement that plan and garner the support of more, rather than fewer, corporate constituencies along the way.

At the same time, activism by traditional long-only investors also has increased. For example, Neuberger Berman pushed for board refreshment at Ashland Global as part of a Cruiser Capital-led campaign and launched a short-slate proxy contest at Verint Systems that settled when the company agreed to refresh its board and enhance its investor disclosures. Wellington Management also joined the fray, publicly backing—and by some accounts initiating—Starboard’s efforts to scuttle the Bristol Myers/Celgene merger. And T. Rowe Price doubled down on its activism efforts by publicly backing the Rice Brothers’ successful campaign to take control of the EQT board.

The takeaway for directors from this sort of activism is clear – no longer will institutional investors be content to sit on the sidelines or express their views privately. Directors should expect that increased long-only activism will create a challenging environment for active managers (including continued pressure on management fees) and will likely lead more of them to embrace activism, and to do so more publicly, as a way to differentiate their investment strategy.

The question for boards in this new environment is not just whether institutional investors will be a source of ideas for an activist or side with the board or the activist in the event of a campaign, but also whether its institutional investors are likely to themselves “go activist.” Shareholder engagement efforts will continue to be crucial in building support for a strategic plan and counteracting activist tendencies among long-only investors. But in the course of such efforts, directors must be mindful of the fact that not all institutional investors will have the same objectives and be careful to structure their interactions with investors accordingly. Well-advised boards will look for ways to find common ground with long-only investors while articulating the company’s long-term strategy in a manner that emphasizes its corporate purpose and is more likely to resonate with all stakeholders.

Another trend boards must be aware of in 2020 is the success of certain brand-name activists in “settling” large-cap campaigns without committing to a settlement agreement with a standstill undertaking. Typically, a standstill, preventing the activist from exerting pressure on the company for a certain period of time, is the price the activist pays for the company committing to take certain of the steps proposed by the activist. The standstill is intended to ensure that the company has the breathing room necessary to implement the agreed-upon changes and make its case to investors.

However, several recent large-cap activist situations followed a different script. The companies engaged with the activists and announced a series of changes designed to appease the activist, ranging from purported governance and operational enhancements to full-blown strategic reviews. The activist then issued a separate, choreographed press release, often taking much of the credit for the changes and promising to work with the company to bring about the proposed changes. But that was it—there was no settlement agreement or other commitment by the activist to cease its efforts to influence the board.

Not surprisingly, in at least one of these situations, the company “settled” with an activist without a standstill only to face additional demands from the same activist several months later (and which required additional concessions). As always, the terms of peace with an activist will be shaped by the situational dynamics, but as 2020 dawns, directors should continue to be mindful of the benefits of a standstill.

Shareholder activism also continues to expand globally. Boards in Europe and Asia are increasingly finding themselves under pressure from activists. In these situations, boards have faced not only home-grown activists, but also US activists looking to expand their influence and investor base abroad.

We expect this trend to accelerate in 2020 for several reasons:

The message to non-US boards is clear: If you aren’t thinking about activism, you should be. This doesn’t mean foreign issuers should reflexively adopt US practices; they shouldn’t. But it does mean that non-US boards should ensure they are prepared to deal with an activist event and consider a strategy that not only takes into account local conditions but also is informed by the relevant lessons from the US experience with shareholder activism.