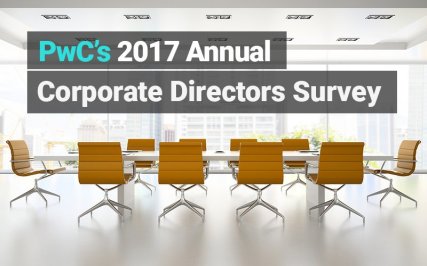 « Against the backdrop of a new administration in Washington and growing social divisiveness, US public company directors are faced with great expectations from investors and the public. Perhaps now more than ever, public companies are being asked to take the lead in addressing some of society’s most difficult problems. From seeking action on climate change to advancing diversity, stakeholder expectations are increasing and many companies are responding.

In part, this responsiveness is driven by changes in who owns public companies today. Institutional investors now own 70% of US public company stock, much of which is held in index funds. [1] Many of these passive investors believe that seeking improvements in corporate governance is one of the only levers they have to improve company performance. And these shareholders are exerting their influence with management teams and the board through their governance policies, direct engagement and proxy voting.

But boards and shareholders don’t always agree, and the corporate governance environment itself is not immune to divisiveness. In fact, our research shows that directors are clearly out of step with investor priorities in some critical areas.

One of these areas is environmental issues. During the 2017 proxy season, a handful of shareholder proposals on environmental issues, like climate change, gained majority shareholder support. This is the first time we have seen these types of proposals pass, and they did so with the help of some of the largest institutional investors like BlackRock, Vanguard and Fidelity. For their part, some of the largest US companies declared their continuing commitment to take action fighting climate change, even as the US announced its withdrawal from the Paris climate accord.

For over a decade, PwC’s Annual Corporate Directors Survey has gauged the views of public company directors from across the United States on a variety of corporate governance matters. In the summer of 2017, 886 directors participated in our survey. The respondents represent a cross-section of companies from over a dozen industries,

75% of which have annual revenues of more than $1 billion. Eighty-four percent of the respondents were men, and 16% were women. Their board tenure varied, but 60% have served on their board for five or more years.

But despite increased shareholder interest in environmental risk, there appears to be a disconnect when it comes to the views in many boardrooms. A majority of directors tell us that their boards don’t need sustainability expertise. A surprising number also say their company’s strategy isn’t being influenced by climate change or resource scarcity, and that they don’t think environmental concerns will impact their current strategy. Companies and investors may be driving the agenda, but rather than leading the way in this area, many directors are being carried along.

Gender diversity on boards has also become a clear priority for institutional investors in 2017. Shareholders like State Street Global Advisors and BlackRock recently adopted new diversity policies or guidance on board diversity. Indeed, State Street even voted against directors at hundreds of companies that it believed had not made sufficient strides in diversifying their boards. Yet despite the increased focus from institutional investors, fewer of the new board seats in 2016 went to women than in the prior year. [2] And gender parity is still a long way off, with only 25% of boards in the S&P 500 having more than two female directors. [3] Even so, about half of female directors tell us that their board is already sufficiently diverse. Which leads to the question—are female directors sufficiently championing the cause of gender diversity?

Investors are also putting the spotlight on social issues like income inequality and employee retirement security, asking companies to help develop shared economic security. But again, directors tell us that income inequality considerations should not play a part in company strategy.

PwC’s 2017 Annual Corporate Directors Survey examines the areas where directors and investors are aligned and moving forward together, as well as the ways in which they are out of sync.

While boards have made real improvements in some areas, there is clearly more work to be done. Among our key observations:

Investors have been pushing boards to not just conduct board performance assessments, but to do something with the results. This year, more than twothirds (68%) say that their board has taken some action in response to their last board assessment—an increase of 19 percentage points over last year.

Independent chairs are more likely to have the difficult conversations

Directors on boards with non-executive chairs are more than twice as likely to say that their board decided not to re-nominate a director, or provided counsel to a director, as a result of the board’s assessment process.

Key issues are not being prioritized in many boardrooms

While investors are talking about the impact of environmental and social issues on the bottom line, the conversations are not necessarily filtering up to the boardroom. A significant percentage of directors say that income inequality (51%), immigration (49%) and climate change (40%) should not be taken into account—at all—in company strategy.

Executive pay plans are effective—except where they’re not

Directors are confident that incentive plans promote long-term shareholder value. But 70% at least somewhat agree that executives in general are overpaid, and 66% say that executive compensation exacerbates income inequality. Meanwhile, executive pay continues to go up, not down. [4]

In just the past year, directors have come around to a much more positive view of shareholder engagement. They are much more likely now to think that direct engagement impacts proxy voting (77% as compared to 59% in 2016). And the vast majority now say that the right representatives are present (85%) and investors are well prepared for meetings (84%)—12 and 21 percentage point increases over last year, respectively.

The gender divide is real on questions of board diversity

Challenging management is a challenge

Strategy oversight is one of the board’s core responsibilities. Investors want to know that directors are heavily involved in evaluating, challenging and monitoring the company’s strategy, and calling for a change of course when needed. Yet only 60% of directors say their board strongly challenges management assumptions on strategy as part of their oversight role.

As we analyzed the results of this year’s survey, we also looked behind the numbers at how demographic differences such as gender and length of tenure on the board affected directors’ views. Read on for our full analysis of the survey results and areas where those differences were notable. And for the results of every question in the survey, please refer to the Appendix of the complete publication.

1Institutional investors owned an average of 70% of the outstanding shares of US public companies as of June 30, 2017. PwC + Broadridge, ProxyPulse 2017 Proxy Season Review, September 2017. Forty-two percent of all US stock fund assets as of June 30, 2017 were held through index funds. Investment Company Institute.(go back)

2 The percentage of women in new board appointments at Fortune 500 companies declined two percentage points to 27.3% in 2016. Fortune, “The Share of Women Appointed to Fortune 500 Declined Last Year,” June 19, 2017.(go back)